It appears you drink what you pay for. 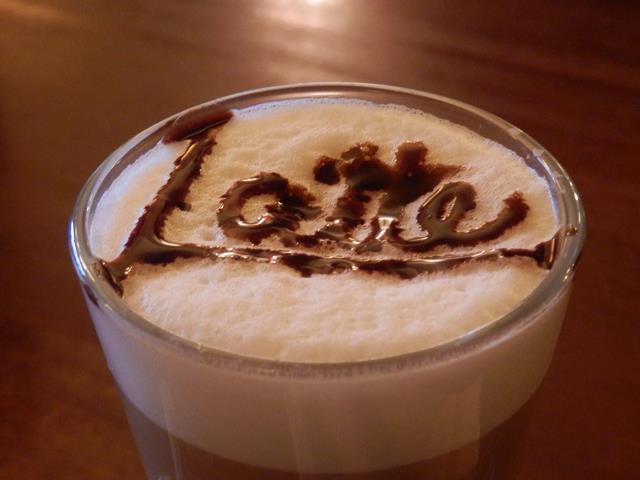 Close your eyes. Imagine your fingers surrounding a warm cup filled with coffee and steamed milk. As you pick it up to your lips, you smell the delicious aroma of your latte and savor its fragrance before you indulge in your first sip. Ahhh. Your troubles ebb away as you taste a bit of paradise.

What emblem was on the cup that you were imagining? For many Americans, the answer is Starbucks. As we know, the company revolutionized America’s preexisting passion for coffee. Perhaps you were imagining holding a white Dunkin Donuts cup? Possibly, but the over 16 billion dollars in Starbucks’ reported revenue for 2014 dwarfs the less than $750 million that Dunkin Donuts reported. That suggests that many Americans visualized Starbucks. What is the secret to their edge over DD? Some might point out different business models the companies use, including franchising (DD) or the lack of it (Starbucks), how they advertise, and how they design their stores. But there’s a powerful reason many of us prefer a relaxing cup of coffee in Starbucks, and it comes straight from our brain.

In my last post, I briefly discussed the placebo effect. In general, if you believe that something will help you take away pain or improve your life, it probably will. Medical interventions and non-clinically substantiated processes aren’t facades. Sometimes, they really help a person heal or perform better. That might be part of the reason that the research I discussed  there found that decaf coffee sometimes has the same positive effects as regular coffee

A team of researchers at MIT wanted to discover if price alone can create a placebo effect. They found people to help them research a breakthrough new painkiller, Veladone – Rx. Volunteers in a medical office environment were ushered in to test the efficacy of the new drug. In the reading material they were given prior to their test, they discovered that this cutting-edge medicine was going to sell for $2.50 a pill. Volunteers were given a series of shocks and asked to rate the severity of their pain. Then, they were given a pill of the new drug, Veladone – Rx and asked to rate how much pain they felt. In the second situation, where they had the Veladone, almost all the participants reported significantly less pain. What a winner! Except…Veladone – Rx was a vitamin C capsule. So far, the study demonstrated the well-known existence of the placebo effect.

Surprisingly, when the participants were told that Veladone sold for ten cents a pill, less than half of them exhibited the placebo effect. As researcher Dan Ariely summarizes, “When it comes to medicines, then, we learned that you get what you pay for. Price can change the experience. (p. 184).”

The researchers conducted a similar experiment with a beverage called SoBe Adrenaline Rush. The beverage contains caffeine and researchers sold it outside the MIT gym because it claims to reduce fatigue. Some students paid full price, and others got the same drink for a bargain of approximately 65% off. After playing, almost all the players did report feeling less fatigued. Yet, those that paid full price for the SoBe reported even less fatigue than the students that purchased it for a significant discount.

They conducted a similar experiment with SoBe and cognitive ability. Students were given puzzles to solve after drinking SoBe and got an average of 9 questions correct. On the other hand, those that were given SoBe at a sharp discount received average scores of 6.5. Amazingly, those that had no SoBe (the control group) also average 9 questions. That means that the SoBe at a discount actually reduced their ability to perform!

It is clear that price paid for an item can significantly impact its desired effect. It’s true with painkillers, energy boosters, and…probably lattes. Starbucks coffee is often perceived to be more expensive than Dunkin Donuts. If their price is within the range of supply and demand (the price is not exorbitant enough for people simply not to buy), then the more expensive beverage will probably feel more relaxing, energizing, and pleasurable. Recently, researchers tested this hypothesis in cafés and found exactly that. When consumers paid more at café’s, they reported higher satisfaction with their beverages, service, and atmosphere. It’s ironic, but our brains partly want us to spend more on our lattes!

As a corollary, it is likely not only true for ingestibles like drinks, or medicines. The emotional or material price a person pays for something correlates with greater effectiveness or appreciation. The Mishna in Pirkei Avos ([Ethical] Chapters of the [Tannaic] Fathers, Chapter 5) declares “Lefum Tzaar’a Agra (greater discomfort correlates with greater compensation).” It seems evident that the statement is not only true regarding spiritual reward. Sometimes the more you have to pay for something, the more benefit you get from it.

The implications of this research are significant. If you have something to sell, a higher price might not only make it seem more valuable, but will probably increase its actual ability to work or provide benefits to its purchasers. If you are a consumer, you often think you want a sale. Do you? Think about it over your next latte.