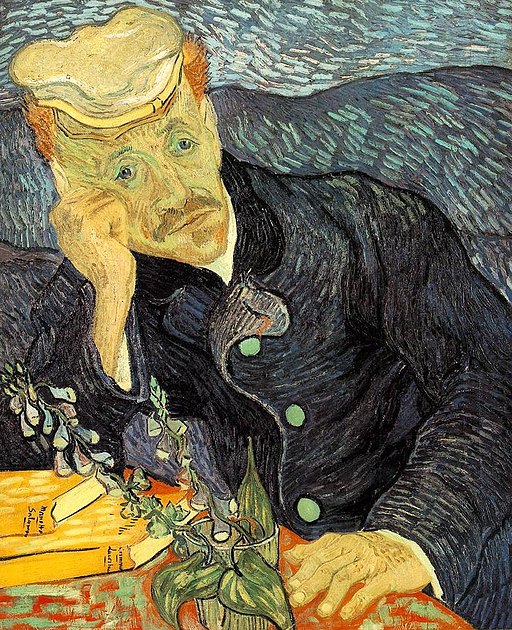 “I know who I am and I know my strengths. This just doesn’t fit.”

Have you ever thought something similar? You understand your capabilities and your skills. You are aware that some things are beyond their range. It can take courage to look at yourself so frankly, but you summon the fortitude to make that assessment. That is being true, forthright, and honest.

Self awareness might have its downside. We might feel so in touch with who we are that we restrict ourselves. Our previous experiences mold our identity, our concept of who we are and the behaviors that we engage in. When we face situations that challenge those familiar identities, we can be reluctant to embrace them. Instead, we might try to avoid those experiences or alter the circumstances so they still fit with how we see ourselves. If we are unable to change that environment, we might feel stress and tension as we are pulled between our identity and the reality we encounter.

On the other hand, becoming involved with a circumstance that does not fit with how we see ourselves might provide phenomenal opportunity. It can push us to expand who we are and what we can do. New situations unmask our different capabilities. Events that challenge our identities can help us embrace a larger sense of who we are and who we could be. Truth and honesty mean to uncover the panorama of one’s abilities, not to falsely limit oneself.

Yet, we often do not like our identities to get shaped as life progresses. Even when we consciously make a change, our identities might lag behind. One example is what social psychology terms the “impostor syndrome.” Someone who begins a new profession or job might have an acute awareness that he is in his new position, but might remain partially incredulous. It can be hard for the former medical student to see himself as a practicing resident, much less an attending physician. It might be challenging for the former pupil to feel comfortable on the opposite side of the teacher’s desk. They can feel like charlatans, imagining that the patients or students see right through their ruse. In reality, it is usually only the practitioner that has the doubt. Everyone sees him as qualified…except his own mind. He views himself as the person he was, not the one he became. Social psychology suggests that the best cure for the impostor syndrome is to keep on doing his job. As one is more involved in that behavior, his identity gradually welcomes it as part of him.

Over a century ago, a young artist began to carve out his way in the world. He realized the joy, excitement, and vitality that he had from painting and made it his full time occupation. Meanwhile, his younger brother contemplated becoming an artist, too. In a letter, the older brother lucidly painted a picture of his own journey to becoming an artist. He described that he was not born with remarkable artistic talent, so many advised him to take a traditional approach to earning a living.  They encouraged him to give voice to his then present abilities and use them to find a way to make ends meet. They recommended that he find reasonable aspirations. He retorted that the human mind and soul has so much ability and capability that sometimes creating aspirations and goals can be a way to contain oneself. Man is so majestically powerful and multifaceted that seeing oneself in a certain way can be deceiving. With a veiled reference to the soul he declared boldly, “it is the height of conceit to try to force one to define what is indefinable.”

The artist continued to pursue his passions and crafted his career in art. He vividly described that his choice in dedicating his life to painting was still replete with uncertainty. He had to contend with a voice inside him that asked, “are you a painter or not?” He counseled his younger brother that if he were to become an artist, he would face a similar internal challenge. “If you hear a voice within you saying, “You are not a painter,” then by all means paint, boy, and that voice will be silenced,” he recommended.

When the older brother composed his insightful letter at the age of 30, he hardly imagined that a century later one of his portraits, Portrait of Dr. Gachet, would become one of the most expensive pieces of art ever sold, at over $82 million (currently adjusted to approximately $150 million from that 1993 price). That artist who eloquently penned his thoughts was Vincent van Gogh. By following his heart and expanding his identity, he became one of history’s most acclaimed artists.

Van Gogh’s words ring true beyond his specific situations. Most of us can have van Gogh moments, experiences, or episodes. We may have a preconceived identity which we don’t want to alter. Sometimes, fighting the change might be productive. In many other situations, allowing ourselves to expand and embrace a larger identity can be a glorious experience and golden opportunity.

The Sages express that some righteous Biblical figures, such as Abraham, experienced Divinely ordained adversities. Nahmanides explains that G-d designed those hardships to draw out those individuals’ internal character strengths. Encountering hurdles and overcoming them provided opportunity for those righteous people to actualize fortitude that was latent and dormant. Nahmanides is addressing the extraordinary tests of Biblical proportions, such as the injunction to sacrifice Isaac. Interestingly, contemporary challenges and upheavals can have similar results. Shifts and new developments can enable one to expand his identity and reveal talents and abilities that were dormant and unrealized.

One might see a large part of psychotherapy as helping one manage and embrace change. In therapy one can find words to describe life changes, summon his abilities to cope with them, and perhaps use the experiences to grow. One’s past can predict his present, but his approach to the present predicts his future.

This psychotherapeutic perspective was expressed autobiographically by Salvador Minuchin at 95 years old. Minuchin was a pioneer of family therapy and a well known icon. He recently published a brief retrospective in which he described some of the changes he went through in life. Minuchin explained that his experiences shaped him and helped him both discover and rediscover himself. The helped determine who he became as an individual and how he crafted his psychotherapeutic attitudes. His blend of candor and insight are a tribute to him both as a person and as a therapist:

“I grew up in a Jewish family in a small town in Argentina that was a kind of shtetl where, up until the age of 12, I didn’t know anybody who wasn’t Jewish. Then at 18, I went to medical school, and my world grew larger. At 20, I was put in jail for three months with a group of other students for protesting against [Argentinian President Juan] Perón, and my concept of myself changed again: I became an Argentinian Jew who was committed to social justice. From then on, I was a revolutionary and a fighter for social justice, and it seemed natural that I should join the Israeli army, in which I served as a doctor during the War for Independence. Later, when I emigrated to the United States and was on the staff at Wiltwyck School, I was a cultural outsider and found myself identifying with poor black people as I learned to speak English. And as I came to feel that I belonged with the staff and children and families at Wiltsyck, I felt I expanded.”

Minuchin’s multiple experiences unmasked several parts of his personality. He identified with each new experience and embraced it. Minuchin narrates that he took that idea with him as he became a therapist. He drove to encourage his clients to see new circumstances as opportunities to expand and see who they were capable of becoming. He explains:

“I wasn’t interested in their “true self”: I wanted them to experience a series of selves and the expansion of possibility that can grow from that experience. Above all, I wanted them to recognize that there were more ways of being than what their life experience so far, whatever it was, had made them aware of. What I did in therapy was say to people, “You know, belonging may give you a sense of security, protection, harmony, but it also limits you and creates an invisible pattern of relationship that fools you into believing it’s the only way of being.”

Minuchin developed an inspirational level of cognitive malleability. He had the courage to let his experiences shape him, and to embrace both his multiple situations and his transformation. He then used that mindset to create his therapeutic approach.

Minuchin concludes: “At 95, I think of myself as having journeyed through life as many different people, and I think of a line from Antonio Machado, one of my favorite Spanish poets: “The road is not the road; you make the road by walking.” I hope in my own walking I’ve cleared away some debris for those who will follow.”

Like Minuchin and van Gogh, we have different experiences through life. Sometimes they are the results of choice, like following one’s passion and becoming an artist. Other times they are the product of our circumstances, like some of Minuchin’s realities . Either way, we might cling on to our past identities and make minimal alterations. Alternatively, we can allow ourselves to embrace our shifts and appreciate the new selves they uncover.