Is anything really “simply stated?” 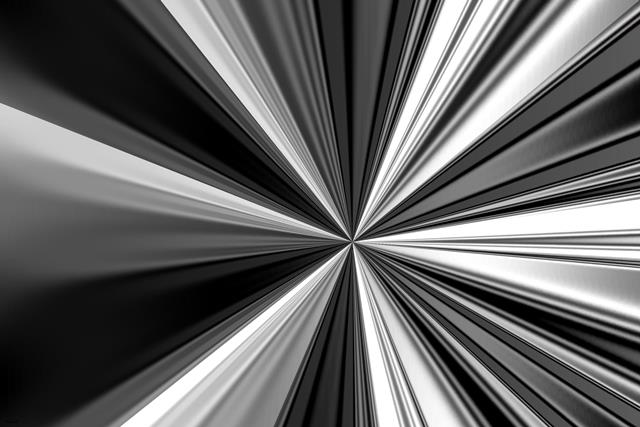 Life experiences might have demonstrated to you that when someone says those excuses, he is usually slithering out of his own responsibility. Curiously, for the ill-fated spies that went to explore the Land of Israel, that claim seems to have had veracity. The Jews in the wilderness, led by Moses, had dispatched them. The spies were deployed to research and report the physical nature of the Land of Israel and how easy or difficult it might be to conquer its inhabitants. When the scouts came back, they reported truthfully. They described the land as bountiful and its residents as strong, formidable opponents who were battle-ready. When the Jews assimilated the account of the fortitude of the Canaanites, they felt dejected and hopeless. They mourned their lot and dreaded fighting battles for Israel that they might lose.

G-d punished the Jews for being fickle and having lack of faith. Surprisingly, the spies got penalized too. Something appears unfair. The Jews’ outlandish behavior demonstrated that they were skeptical of Divine assistance. Why were the spies punished? They reported back what they saw. Don’t shoot the messengers!

This question has been addressed and readdressed by commentators through the ages. The Ramban advances an extraordinary approach. At first, the spies faithfully reported facts back to the Israelites. They described the agricultural abundance of Israel and its succulent fruit. They also related truthfully that the current inhabitants were strongly armed and well prepared for battle. Their description was not only truthful, it was responsible. It was their job to report about the land and its people, and they did as they were charged.  The spies would have been negligent if they omitted the description of the Canaanite nations as robust and substantial. They conveyed the information as they saw it. Yet, the foible of the spies was the word that they added to their communication: “efes,” which means “zero,” zero chance and zero possibility. They added that they saw no odds for the successful conquest of Israel. “No way!” they exclaimed. “The nations that are there are too strong.” The spies conveyed to the Jews that they had absolutely no opportunity to ascend to Israel.“ It is impossible to enter the Land!” they proclaimed. “Disregard any previous positive information. There is absolutely no possibility that we will succeed.”

According to the Ramban, the spies were culpable for simplifying their situation. They took a complex reality and saw it as binary. If the question was, “Can we succeed or not?” the answer the spies gave was a resounding “No, not a chance!” The fundamental error of the spies was that they did not allow themselves to see ambiguity and complexity. For them, the situation was black and white. The case was open and shut.

A more truthful response would have taken into account the components of the situation. They might have considered the different aspects of their combat. They might have posited, “The current inhabitants are strong. We also have an army. We have a large population. We might need to devise strategic methods to fight. We have Divine protection. G-d has provided miracles for us during our Exodus.” They did not allow themselves to see the equation as complex. Instead, they looked it at with a simplistic vantage, “The enemy is robust, so we can’t succeed.”

It is common to think that a major aspect of the sin of the Jews and the spies was that they did not trust in G-d and his ability to follow through on his commitment to bring the Jews to the promised land. It was more basic than that. There was nothing to begin to trust G-d for. In their minds, entering Israel was an impossibility that warranted no further discussion. To the contrary, in their immature simplicity, they might have seen entering Israel as prohibited. If there was no possibility for success, waging a losing battle would be suicide. Jewish law demanded that they did not enter!

Life is complex. We might have a desire to simplify our situations, our interactions with others, and our thoughts. Yet, most often there are shades of grey and webs of complexity instead of the black and white we pine for. Many errors in religion and relationships have their roots in unjust simplification of a complex situation. It is easy to see one’s specific religious practice as correct, with all others lacking. In certain situations that might be true; in many others it is a cry of simplistic judgement where more complexity is warranted. In relationships, it is so tantalizing to aim to isolate wrong from right and correct from incorrect. On might gain from observing that almost never – since Creation – is there a relationship disagreement where one party is absolutely wrong and the other is absolutely right. Human relations and human relationships are sophisticated and multifaceted. It is easy to simplify, but that is often not truthful.

Developmental psychologists note that adolescents often think in black and white terms. As they begin to be exposed to life and its experiences and their minds develop, they tend to passionately see circumstances and positions as simply wrong and right. As one matures, he ideally departs from this more simplistic tendency, and begins to appreciate life’s complexities. It has been stated that most extremists are either young or unintelligent. It can be easier to be an extremist, but it might not truly reflect life’s intricacies.

Similarly, Korach rebelled and desired to serve in the Tabernacle like Moses and Aaron. He shamelessly demanded that he be given a chance to serve. Korach was guilty of the same error as the spies. He oversimplified. Korach didn’t allow himself to appreciate the complexity of laws, of societal differentiation, of different strokes for different folks. He passionately desired to work in the Tabernacle and rebelled. He died because of his undying dedication to simplicity.

If some of life’s greatest sins and mistake come from using binary, simplistic thought, then the converse is also true. One of the greatest strides one can make psychologically, religiously, and in relationships, is to appreciate the complexity of most situations and experiences. It can be enriching, gratifying, to embrace life’s complexities. It’s not simple, but neither is life.