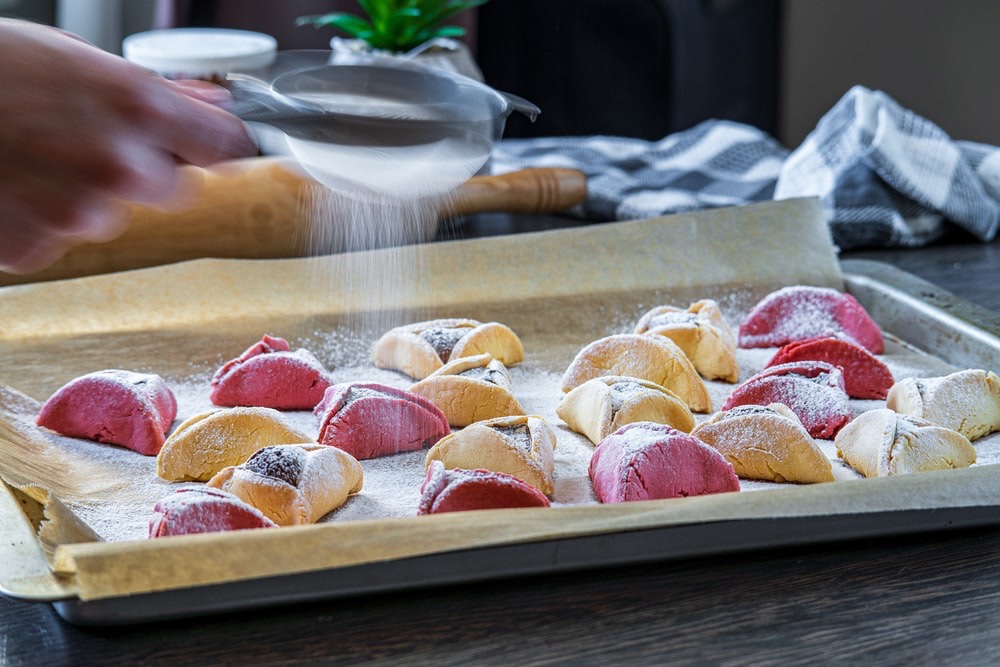 Did you ever wonder why Purim is always celebrated on two different days, depending on where you live? If you are in most parts of the world, Purim is observed on the 14th of Adar. In Jerusalem and other ancient walled cities, the holiday is celebrated the next day, on the 15th of Adar.

This disparity always bothered me. I felt it would be nicer if everyone enjoyed Purim at the same time. Instead, some people are always one off.

In the days of the Talmud, there was even more of a difference in the way Jews observed Purim. People were able to read the Megillah as early as three days before Purim. By the time that some had already fulfilled their mitzvah, others would not even start it for another few days.

The bifurcation appears even more curious when you consider that some of the mitzvos of Purim aim to unite a community. One reason for mishlaoch manos and matanos l’evyonim is to help the community bond and shoulder mutual responsibility for other people’s celebratory meals.

The Chidushei HaRim (Shemos, Purim, pointed out to me by my friend Rabbi Motty Rabinowitz) explains that Purim models the beauty and complexity of true unity. Haman had noticed that the Jews were a divided people. They were keenly focused on their differences, disagreements, and dissent. Haman took advantage of the undercurrent of adversity. He understood that a house divided shall not stand, and made a case to Achshveirosh for their expeditious annihilation.

Mordechai and Esther noticed that Haman was preying upon their Achilles’ heel. They addressed the pervasive fragmentation. They gathered the Jews together and taught them to focus on their commonalities, community, and cohesiveness. The nation that prayed together stayed together, and Haman’s decree was averted. (This idea was also penned earlier by Rav Shlomo Halevi Alkabetz in his work, Manos Halevi).

The Chidushei HaRim elaborates that Esther and Mordechai understood that true unity does not mean that each person has to be the same, or that they all observe identical customs. It means that while people focus on their common goals and shared relationship, they also shine as individuals. A nation consists of many people that are different and accept each other as complementary parts of a beautiful symphony. The Jewish nation has a common goal of keeping the Torah and its commandments. At the same time, each person has his own strengths, character, and personality.

Under the tutelage of Mordechai and Esther, the Jewish people learned that their togetherness did not overshadow their personal uniqueness. The sense of community and common purpose that everyone felt allowed them to be both united and to express their own, distinct personalities.

Esther, Mordechai, and the Sages that ordained Purim created a way to perpetuate the message that the unity of the nation does not supersede personal individuality. That is why they established Purim at two different times. Both days are Purim, and both are celebrated, but not at the same time for everyone. People can share goals and ideas, but do not have to be the same. We rejoice on Purim on different days to remind us that we are part of one nation, yet are welcome and encouraged not to be exactly the same as others.

This is extraordinarily meaningful in personal relationships. One of the most important characteristics of a mutually satisfying relationship is the ability to empathize. That means allowing another to have a different perspective, and trying to understand it, while not necessarily agreeing with that point of view.

For example, marriage partners do not need to be copies of each other. They do not need to have similar personalities or share the same opinions about everything. A couple can have a close, fulfilling and joyful relationship by celebrating each other’s unique personalities, traits, and ideas. Marriage entails the couple appreciating their differences against a backdrop of common goals, shared purposes, and a respectful relationship. The melding of two individuals who are proud of each other’s individual personalities, yet feel a strong, supportive, mutual connection, creates a harmonious marriage.

Part of the individuality of marriage is that each member of the couple will see things differently, and have their own take on, and understanding of, situations, events, or decisions. The keystone of a successful relationship is for each spouse to try to understand the other person’s perspective and opinion. For a marriage to be successful and satisfying, it requires spouses to give each other the space to have their own thoughts and ideas, and tries to comprehend them, even when they do not agree.

Empathy is not only the mortar that cements a marriage, it is the cornerstone of any true relationship. Relationships require that each person tries to see and understand the other’s point of view, opinions, and thoughts, even if they do not agree with them. If a relationship has that empathy, it can become cohesive and satisfying. If a relationship does not have room for seeing the opinion of the other, it might be civil and dutiful, but it will not flower and grow.

Purim calls attention to the ideal of promoting unity while embracing diversity. That gives us a real reason to celebrate. Similarly, relationships that have true empathy, where each person strives to understand the other, will have reason to rejoice throughout the year.