The pinnacle of the Exodus might help one exit personal predicaments. 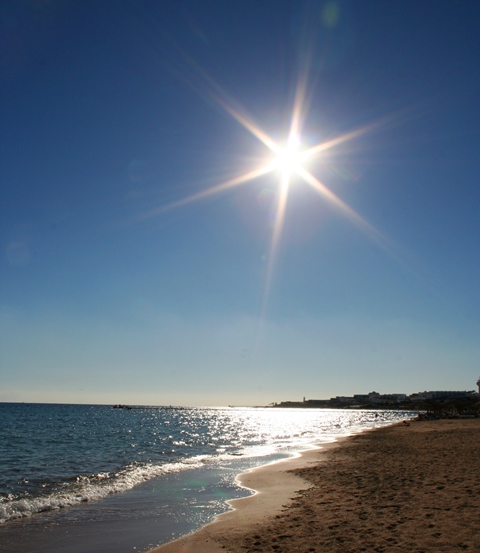 A people in bondage for over two centuries was majestically and miraculously led out of enslavement to its national destiny. The capstone of that magnificent exodus was the splitting of the mighty waters just as their persecutors hounded them. The Jewish people paraded through the Red Sea. The Egyptians, following them in hot in pursuit, drowned soon after. Exhilaration filled the air as the nation witnessed the miracle of G-d parting the Sea and flooding the forces of Egypt. The Jews were filled with gratitude and emotion, and erupted unanimously in resplendent poetry and song to G-d.

The Midrash (Yalkut Shimoni, Shemos 15, pointed out to me by my friend Rabbi Ari Chechik) highlights a powerful aspect of the Jewish experience at the Red Sea. After the Egyptians drowned, the Sea ejected them onto the shore. The Jews walked along the banks and found the Egyptians that had wronged them. They pointed to the hands that brutally enslaved them and the arms that were merciless to them lying lifeless. They remarked to G-d “You did all these miracles for us, we will not be ingrates. Let us sing praises and song!”

The Midrash is highlighting a paradigm shift in the Israelite mindset. The Jews had experienced their miraculous salvation from Egypt as a people. G-d took His nation out of bondage and redeemed them from slavery. The salvation was on a national scale and the people on the whole were ecstatic. The Jewish people were profoundly thankful and might have expressed their national thanks for communal salvation.

Yet, when each Jew exited the Red Sea, he encountered a new experience of personal emancipation. Each former slave walked along the Sea and saw the specific Egyptian that was so callous and malicious to him lying lifeless. Among the thousands of corpses, each newly free man was able to sense his individuality. When each Jew realized that G-d had meted out retribution on his personal persecutor, the exodus had moved from being a solely national event to an intimate, personal one. Each Jew felt his own, special connection to G-d, and erupted in a personal song of euphoria.

The monologue in the Midrash describes each Jew’s mindset. He was formerly going to thank G-d as part of His nation. When he experienced his newly found intimate religious experience, he declared to himself that he will not lose that realization. He affirmed to notice the personal experience in addition to the national miracle and began to express his exultation as an individual among his compatriots. The Song of the Sea was composed in singular phraseology rather than using plurals. Even though millions of Jews sang it contemporaneously, each one felt his own uniqueness, individuality, and relationship with G-d.

In the United States, two mottos are often used, “In G-d We Trust” or “E Pluribus Unum (out of many – one).” When the Jews emerged from the Red Sea, they seamlessly integrated both ideas. Their trust in G-d was not only national, it was personal. Out of the pluribus of their fellow Jews, each felt unum, an intimate and special encounter with the Divine.

Modern society sometimes emphasizes community belonging and identity, both explicitly and implicitly. Religiously and culturally, we see value in creating a cohesive society of somewhat likeminded individuals. Does that come at the expense of individuality? Can we model our social organization to encourage individual religious feeling and expression like the Jews did after the splitting of the Red Sea? Perhaps greater attention to the beauty of individuality will foster a contemporary euphoric symphony similar to the exquisite Song of the Sea.