Can you embrace both? 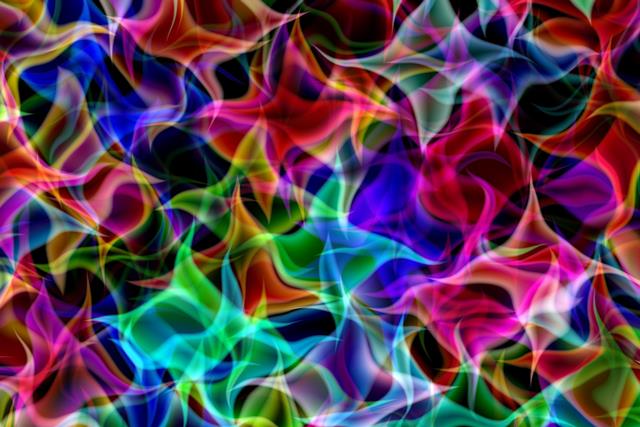 Jubilation abounded as Yisro, Moshe’s father-in-law, came from his native Midian to join the Jewish encampment in the wilderness. Moshe related to him the details of the miraculous Israelite exodus and the splitting of the Red Sea and Yisro reacted with intense emotion. The Torah uses a unique word to encapsulate Yisro’s feelings – “Yichad”. (It is so distinctive that it is a hapax legomenon – a word that appears only once in Scripture.) Rashi interprets that expression in two ways. Superficially, it is a shortened form of the more common word “chedva,” which means joy. Yisro was overjoyed at the Israelite salvation. (Other commentators suggest that the etymology is from the Aramaic/ Targum – “chadi,” which is has the same meaning. Interestingly, in contemporary Persian, the word “chadi” means happiness and is sometimes taken as a family surname). Rashi then quotes an additional, Midrashic interpretation. The word originates from “chad” – which means sharp.  Yisro developed sharp stress marks on his skin as he heard Moshe’s narration of the decimation of Egypt. Since Yisro originally came from the country of Midian, near Egypt, he felt solidarity with the stricken Egyptians and their downfall pained him.

Rashi frequently quotes more than one interpretation of a word or an idea in his commentary. It can sometimes seem like each explanation is bifurcated from the other. Here, the two approaches espoused by Rashi, one of elation and the other of distress, seem in opposition. Upon further examination, Rashi might be suggesting an integration of both approaches. (This is possibly the truest meaning of how to understand multiple hermeneutical methods, such as peshat – simple meaning, and drash – homiletical meaning. They are meant to be combined and interwoven. A similar observation is made by Rabbi Yaakov Kaminetzky, Emes L’Yaakov, beginning of Vayigash.) How can that be in the description of Yisro’s emotions?  Did Yisro react with both jubilation and grief?

The Torah is accenting the beauty and complexity of the human experience. On the one hand, Yisro experienced joy at the miraculous salvation of the Jewish people, including his daughter and son-in-law. At the same time, Yisro felt dread and terror at the punishment of the Egyptians. Yisro embraced both the thrill of victory and the agony of defeat, simultaneously.

We can frequently find Yisro-type experiences in our own lives. Our minds can harbor several feelings about someone or something; these feelings can even be contradictory. We often, perhaps always, experience mixed feelings for a person, situation, or object. We might appreciate some parts and dread other characteristics or facets. For instance, it is common for people to enjoy the financial remuneration they receive from their employment, but not the job itself.  Alternatively, they might appreciate both of those, but bemoan the need to leave their homes or their families.

This can even be true in one’s most close familial experiences and relationships. For example, it might be significant for a child to be in touch with the pleasurable experience of security and nourishment that parents give, as well as the restriction and demands they might place on him. It is natural to appreciate the former and resent the latter. The same can be true regarding other relationships. It might be beneficial to think about the strains of emotions people evoke within us and feel comforted that there are usually webs of them, and they can often seem to be in opposition.

Yet, it can be hard to allow ourselves the reality of all parts of an experience. It might be easier to focus on one aspect of a person or experience than on multiple pieces. It seems more streamlined and simple. The urge to simplify our thoughts and emotions might cause us to think more about one aspect of an experience than another. Sometimes it takes some effort to become in touch with the multiple feelings and emotions we have about someone or something. It is not always comfortable or pleasant, but it might be more truthful.

This might be especially challenging in a world where people portray themselves technologically and usually emphasize one dimension of themselves, and see others that way. When culture encourages choosing who to date or connect with by means of a simple swipe of the finger, it is hard to buck the trend and notice that we usually have multiple feelings about people, not simply likes or dislikes and yeses or nos.

When the Jews encamped around Mount Sinai to receive the Torah, they are described as doing so with singular mind, like one individual. Chazal describe that as “kish echad b’lev echad” – as one person with one heart. It seems redundant – if they were like one person, weren’t they of unified heart? The Torah might be emphasizing that even one individual may have different thoughts and feelings in his heart. The unique nature of the Jewish encampment around Sinai was that they were so singular of purpose there was no fragmentation whatsoever. But that is the exception that proves the rule. We can often experience many thoughts and feelings, “b’ish echad” – within our own selves. It can be difficult and untidy, and complicated – and honest.