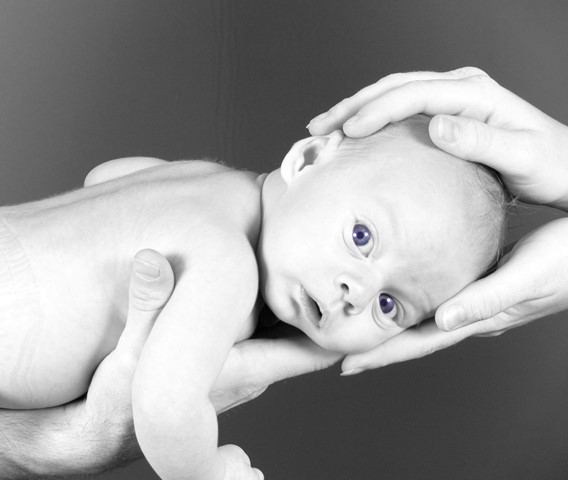 A beautiful newborn lies in his loving mother’s arms. He silently sleeps as his mother marvels at the tranquility on his sweet little face. After a while, he wakes up with a tiny yawn. He stirs and then starts crying. Mother senses that he is hungry and tenderly nurses him.  As she does, she thinks about the special and unique connection that she is creating with her precious baby.

Baby sees it differently. He doesn’t see a relationship between himself and his mother. He simply sees mother as part of him. He is hungry, and he is then fed. He needs cuddling and is held. Developmental psychologists suggest that for the first period after a baby’s birth, he thinks that he is the same person as his mother. His mother is part of him, and he is part of her. He’s unaware that she provides food and care for him. He just sees her as an extension of himself.

As baby matures, he gradually learns that his mother and he are not the same. She can feed him, or not feed him. She can satisfy him or frustrate him. This astonishing realization can provide baby with a sorrowful awakening to the realities of life. He is alone and dependent on the world for survival. Although he tries to control that world with his cry, he is not always successful. The world might respond to his needs, and it might not.

From that epiphany and on, baby begins a lifelong journey of psychological differentiation. He starts comprehending that he has a unique existence that is not connected to anyone else. The journey of individuation continues for years, and perhaps throughout one’s life.

Years later, this differentiation can include the individual becoming aware of his own sense of self in a deeper way. He can become aware of his own thoughts, feelings, and emotions. He comprehends that the ideas are in his mind and not shared by anyone else. Many people might even disagree with his concepts or thoughts. In a more profound sense, differentiation means understanding that he himself is responsible for the ideas in his head. Even if others have created experiences, shared connections and conversations, or given presentations that have impacted him, the thoughts in his brain are the products of his own processing. It is also his choice to try to alter or dismiss them if he chooses to do so.

Psychological individuation can be very significant for a person. Individuation brings with it a sense of responsibility and ownership of oneself. Perhaps it is the only way to fully exist. If one is psychologically tethered to his home and his early influences, he is not really an adult, but a grown child, connected to his early caregivers by a psychological umbilical cord. He is not his own person with independent thoughts and desires.

Despite the beauty and power of individuation, the mind craves the safety and security of its early existence when it was one with Mom. It deeply desires the comfort of childhood where one’s caregivers’ ideas were one’s own. The process of differentiation connotes greater and greater separation from one’s parents. Leaving psychological home and moving further on that path can be dreadful and bitter.

It is possible that relationships that one develops through life partly imitate the original parental connection. Peer relationships such as marriage or friends can partially echo the longing for caregiver connection. They can provide comfort to an individual whose mind silently mourns home. When one connects with a spouse, associates, or acquaintances, they can partly take the place of parents in one’s mind.

For example, it is often significant for each spouse to care for and responsible to the other. Sometimes a spouse can demonstrate an intense and consistent need to be taken care of that stresses the marital relationship. This might be a manifestation of that spouse’s wish to recreate a parental relationship in her marriage. If the latent wish to recreate a parental connection becomes prominent enough that it upsets a relationship’s functioning, it should be thought about and analyzed closely. Perhaps this is a simple meaning of the Torah’s description of marriage when it describes Adam and Eve, “one should leave his mother and father and join with his wife and they will be one flesh.” The Torah is describing the psychological differentiation that is necessary to create a peer marriage rather than a recreation of the parent – child dynamic.

The same analysis might be important in peer relationships. Connections with friends can be an important aspect of life. At the same time, if social groups usurp one’s individuality, it might be important to question that friendship or peer group. In some friend groups among adults, one can find it hard to be accepted if he engages in a certain mode of dress, style, or religious practice. One often obliges because that social circle is significant to him. Is that a peer group or a recreation of a desperate need to connect with others that are representing one’s parents? When Chazal relate that the Jewish people surrounded Sinai to receive the Torah “like one person with one heart,” it seems to be describing a powerful peer relationship where everyone was accepted and there was little hierarchy.

As we approach Shavuos, perhaps it is worthwhile to examine our relationships. Do they echo the beauty of Matan Torah, “like one person with one heart?” If they do, they might be very worthwhile to invest in further. If not, perhaps there are changes that one might consider as he becomes an individual, with the freedom and power that it produces.